Each KNOW US story is unique to its teller, yet common themes emerge: immigration, community, economics, and race. These themes are essential in these personal stories, in the history of The Scholarship Foundation of St. Louis, and in the region we call home.

From its founding in 1920, The Scholarship Foundation of St. Louis has provided educational opportunity to immigrant populations. 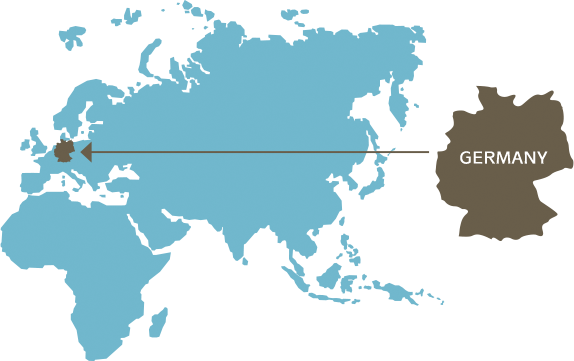 World War I ignited nativist and xenophobic practices targeting German immigrants. In St. Louis, a group of German Jewish women whose families had come to the city generations before, pooled their own resources to create an interest-free loan fund for young Jewish immigrants. 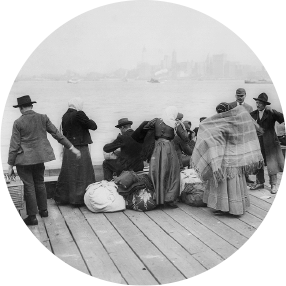 Until the end of World War II, individuals fleeing genocide at the hands of Nazi forces fled central and eastern Europe without the means to resettle or earn a living. Scholarships and interest-free loans were made to cover basic family expenses and keep young people in school, as well as to provide education and training beyond high school.

In each decade since, The Scholarship Foundation built relationships with immigrant communities, from supporting students who fled war in Vietnam and Cambodia in the 1970s and 1980s to outreach to refugees from the civil war in Bosnia-Herzegovina in the 1990s. More recently, partnerships with schools and immigrant service providers have connected the organization to immigrants from around the globe, including Benin, El Salvador, Guatemala, Honduras, Iraq, Kenya, Mexico, Nigeria, Russia, and many more.

The priorities of The Scholarship Foundation of St. Louis have always reflected community issues:

In 2008, The Scholarship Foundation of St. Louis was a founding force in St. Louis Graduates, a regional collaborative advancing degree completion. Eligibility and awards criteria were refashioned in recent years to respond to skyrocketing student debt, stalled immigration reform, and deepening inequity in educational attainment.

Throughout its 100 years, The Scholarship Foundation has been bolstered by individuals, charitable foundations, and corporations. These partnerships have taken many forms, including charitable contributions, student referrals, and 57 years of ScholarShop donations and sales.

While interest-free loans and grants for college remain a primary method of addressing economic disparity, the organization also advises students and families about admissions, financial aid, debt, and financial planning to and through graduation. By making “last dollar” awards, the organization strengthens financial support and reduces debt burden for students at financial risk of not completing degrees. The Foundation has gained national recognition for organizing students to conduct policy analysis and advocate for need-based financial aid, price control, and increased economic diversity on campuses. 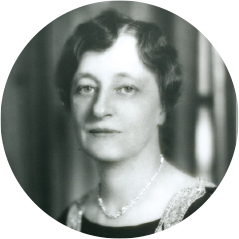 “Education together with honest labor are, perhaps, the greatest contributing factors to the welfare of society as a whole. But education is very costly. It would seem that only those with means can benefit…”

Educational outcomes closely correlate with wealth, from pre-school through graduate school. In the St. Louis region, The Scholarship Foundation has disrupted this dynamic for the better. 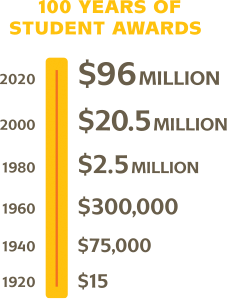 In 1948, before the 1954 U.S. Supreme Court decision in Brown v. Board of Education of Topeka that began a slow and continuously litigious process of public school desegregation, the St. Louis Jewish Scholarship Foundation (renamed The Scholarship Foundation of St. Louis in 1960) invited applications from Black students studying nursing at Homer G. Phillips Hospital, which served the African American community.

Early in 1954, all programs were opened to students of any racial identity. As a result, the percentage of Black and Brown students awarded the organization’s scholarship funding increased from 5 percent to 54 percent. Focused community outreach and strong student support services have contributed to these outcomes. The Scholarship Foundation has simultaneously built a racially, religiously, and economically diverse board; hired an inclusive staff; and devoted direct attention to aligning human and financial resources toward a goal of advancing justice. 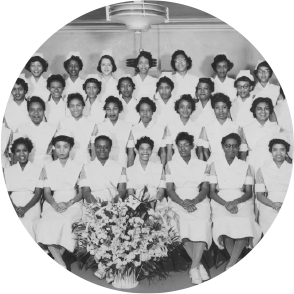